Testing for the end of a for(each) loop

One sign of a good templating language is that you can test for the last iteration of a loop without having to count the iterations. PHP is no exception! Assuming you're quite happy with hacky syntax (you have to be if you're using PHP) then you can do this: 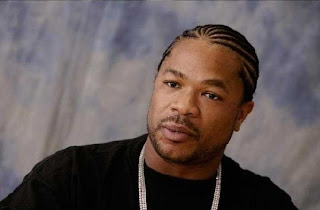 In Template::Toolkit you can also test for the last iteration of a loop with loop.last, which is why that is also a good templating language.

In conclusion, PHP is a templating language.

Oh right, leave a comment with your own one for whatever bozo templating language you like :)
Posted by Altreus 5 comments:


Natural language is contextual. A famous quotation demonstrates this in a way we all find familiar:

Usually we interpret this as "the manner in which time flies (verb - to fly) is akin to an arrow" and "the creatures called fruit flies (noun pl. - fly) like (to find agreeable) a banana". However, we can also interpret the former as "Time (measure chronologically) flies (noun pl. - fly) the way an arrow would", except of course this is nonsense and we don't consider it.

Perl is the same. The three data structures covered in previous posts can be used in all sorts of ways, and Perl will attempt to do the right thing based on context. This is done by having rules about context, and what to do in those contexts.

When we say "time flies" in English we can either mean a) imperative "time", noun "flies" or b) noun "time" verb "flies". In Perl we can differentiate between nouns and verbs because nouns have sigils and verbs don't.

$scalar variables have $ and a singular name because they represent a single thing. @array variables use the @ sigil and have plural names because they refer to more than one thing. %hash variables refer to a set of named things; their names are often singular because either we refer to the set ("The option set %option") or a thing from the set ("The debug option $option{debug}").

Verbs, of course, are subroutines and so have no sigil. That means in Perl we can't misinterpret that:


Notwithstanding the fact that time is already a Perl function for finding the time, we can understand this because flies has to be a noun.

Context in Perl is not a grammatical thing in the natural-language sense explained above, but it is used to determine what we do with the nouns that we pass around.

A common example is to check for an array to have content:


In list context, an array represents the list of scalars it contains, as we saw demonstrated in this post, but in scalar context the array is treated as the number of items in it; i.e. its length.

The test in an if statement is in boolean context. Booleans are truey and falsey values: they are scalar. An empty array in scalar context is zero, which is false; hence an empty array is false.


This is sensible because if it used scalar context it would always loop over one thing, which is the number of things in the array. A scalar in list context doesn't really do anything special; it remains that scalar:


but it does help with concatenation of several things:

Surprises crop up when dealing with context once operators and functions get involved. For example:


You might think, maybe this will take the first fruit that a fly likes, or the last, or some data structure representing the result of the map. Well the latter is the closest: the data structure returned is in fact an integer representing the number of fruits the flies, in total, liked. The context in this statement is in the = operator: it is determined by the thing on the left and it is enforced on the thing on the right. perldoc says that map in scalar context returns the length of the constructed list.

We can take the first fruit liked by a fly by putting the = operator in list context. In this case, that is done using parentheses:


Parentheses only create list context on the left of =; as we learned in this post, parentheses on the right only serve to override the precedence of operators.

Of course, assigning to an aggregate type is also list context:


(In this latter example we assume fruit_i_like returns only one item; otherwise the constructed list will break the expected hash construction.)

Another common confusion is when the operator or function itself enforces a context:


The rand function returns a random number; if it is provided with an integer it will return a random number between 0 and that integer, including 0 and excluding the integer. Normal behaviour for a function is to use an array as a parameter list, but rand overrides this by enforcing scalar context on its arguments.

That means that the array given to rand is evaluated in scalar context, giving its length. The output is used in [] to index the array; array indices are required to be integers so the decimal return value from rand is truncated. Since rand can never return the integer provided to it, the maximum return value from this is the last index of the array, and the minimum is zero.

Enough With The Rearranging Of The Quotation You Cited

The context of any particular part of Perl can be subtle. I will describe a few common situations where context is key to the operation of the script.

As explained, if enforces scalar context.


All of these are in scalar context. What about the last one though? We know that () on the left of = creates list context; but if() is scalar context.

Context happens in stages, naturally, just as expressions are evaluated sequentially. The = operator is in list context as defined by its LHS. This allows $fly to contain the first result from the grep. The cunning thing is that the = operator itself returns the value on its LHS after assignment: this is evaluated in scalar context and used as the boolean value for the if.


You can expect @times_that_fly to be set and non-empty in the if block, and also for it to contain the result of the grep.


As we know, for is a list-context control structure; hence it will read all lines into memory before iterating them:


The while control construct, like if, tests a boolean value, except it does it repeatedly and stops running when it is false. Hence the expression in the parentheses is evaluated in scalar context. So it is idiomatic to see while used instead of for when iterating over input:


But I hear you cry that the line of input "0" is false! But it should be treated fairly! Well for a start it will probably be "0\n", but apart from that, while(<>) is actually magic and comes out as:


and even if you set your own variable:


but this is only true inside a while().

We've covered this one but it's still for this list. The rand function enforces scalar context on its operand; hence, instead of the array providing a list of arguments to the function, it is itself the argument, but in scalar context, hence its length is returned. The array subscript [] then truncates the return value of rand to an integer.

Called the goatse operator by those with a sense of humour that compels them to do so, this is not really an operator at all but a trick of context. You see, not all operators return a count in scalar context.

For example, the match operator m/.../ or just /.../ merely returns true or false in scalar context. With the /g modifier it returns the next match! In what universe, then, can a mere Perl hacker get m/../g to return the number of matches?

The universe with the goatse operator of course.

First we know that () on the LHS of = creates list context. That is all that is required for m/../g to return a full list of all matches. So the match is run in list context and that's what we want. The output of our goatse operator is of course going to be a scalar since we want an integer; this enforces scalar context on the leftmost =, which has the effect of putting the return value of the rightmost = (which is the list created by ()) in scalar context, hence counting it.

A subtle use of context is the one in array and hash subscripts. The context inside { } or [ ] when accessing elements is determined by the sigil you used on the identifier in the first place. Thus:


This can have unexpected effects; a warning is generated if you use the @ form but only provide a single value, but in some cases the context can propagate, for example if you are calling a function or something.

A subroutine is called with the context of the place where you called it. This is often a useful tool, because a subroutine can also interrogate the calling context with the wantarray operator.

When a subroutine is called its
Posted by Altreus 1 comment: